Albuquerque couple married at the Taos Ski Valley in October 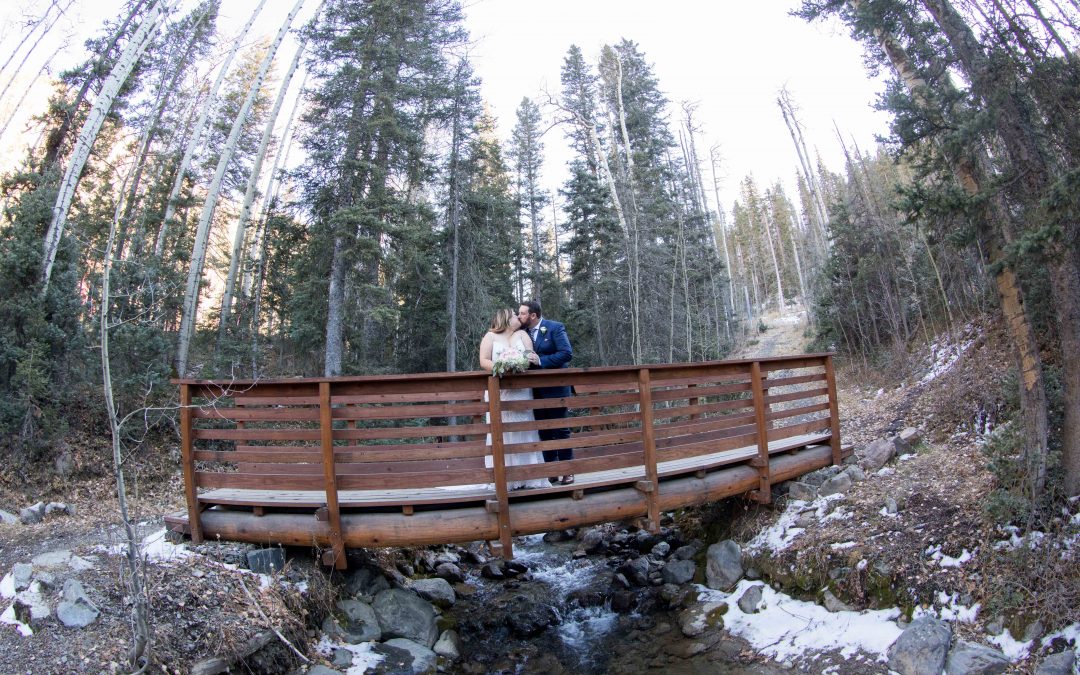 Sabrina and Joshua were married at Taos Ski Valley in October. Their wedding elopement was on a foot bridge which was private and quiet. We found a patch of snow after the ceremony and shot the first snow-shots of this winter season! Joshua’s best dog was dressed in a necktie. Dan Jones officiated the ceremony for and the flowers were designed by Mercedes Valdez of Elegante Florals.