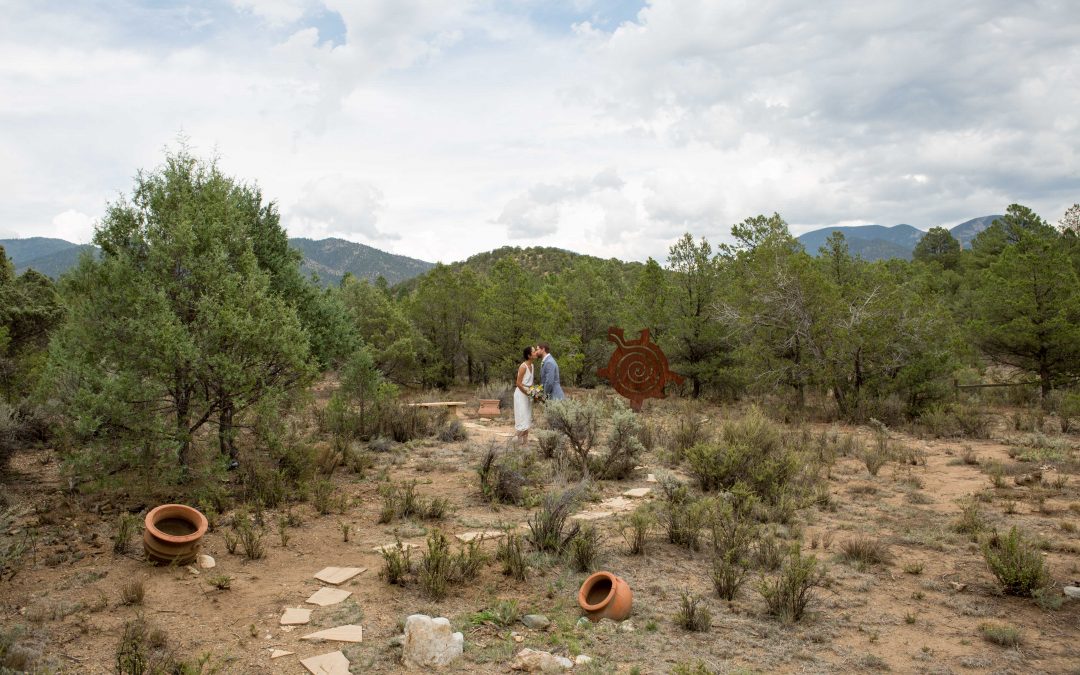 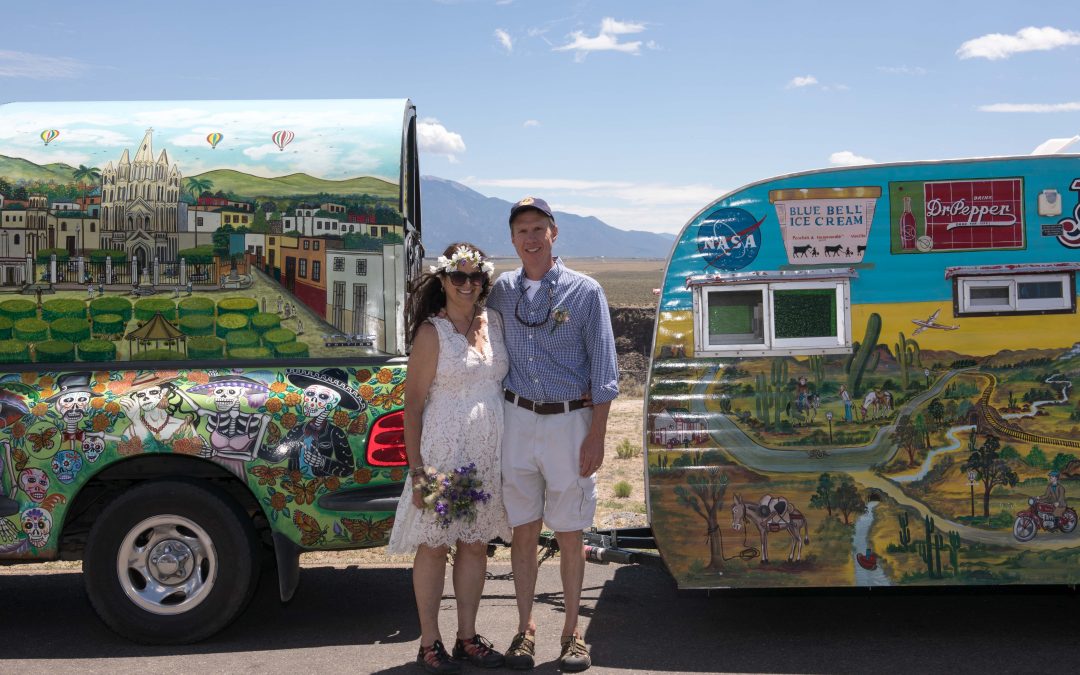 These deadheads and dog-lovers came up from Albuquerque to Taos to escape the heat and get married with their favorite people and canines! Keri and Robert wanted a simple wedding and it was absolutely perfect. Keri made her own headband out of wildflowers and they wore their Keen shoes, perfect for hiking to our spot that overlooks the Rio Grande on the west rim of the Taos gorge. The “dog of honor” and “best dog” were so well behaved and did so well in their family photo. Congratulations to this bride and groom and their little wedding get-away in the Sangre de Cristo mountains! 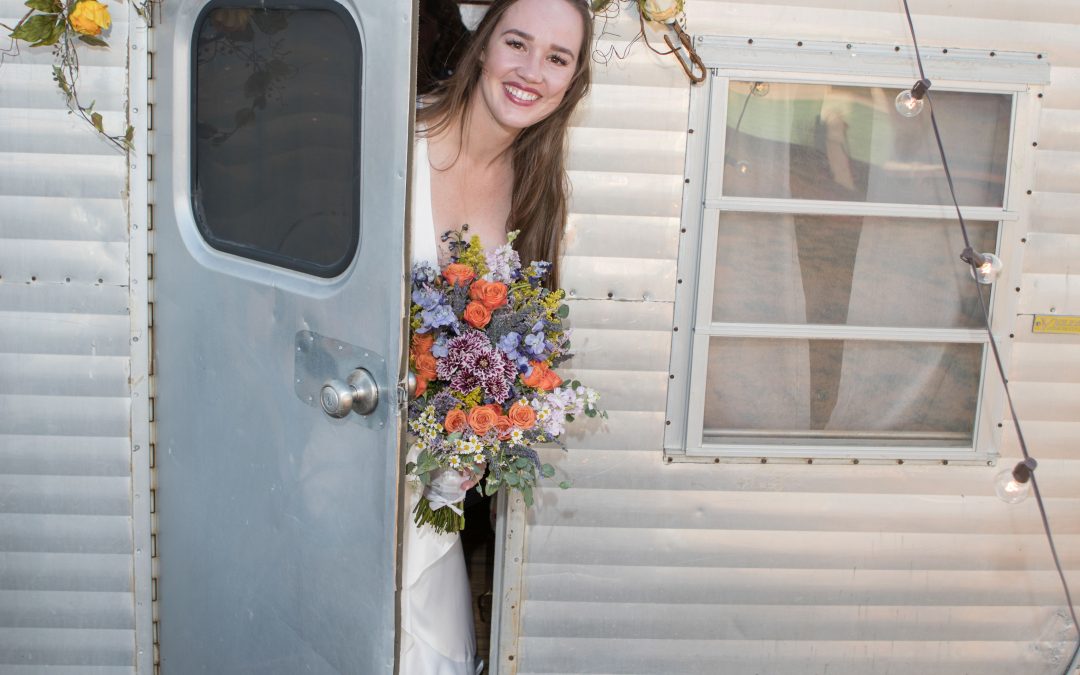 Getting Hitched at a Sweet Little Taos Elopement

Allie and Stephen had wonderful wedding plans to get married in Banff, Canada with a ton of family and friends. And like so many weddings, these two had to “pivot” and refigure their plans due to coronavirus. After much searching and thinking and deciding and confirming and then some more deciding and pivoting, the engaged couple decided on a sweet little private ceremony with just their dog and parents, in the mountains of Taos, NM. The wind was wild on what was otherwise a perfect July evening. The light was so present and giving. This couple had fun, and laughed and cried and enjoyed every windy minute of their wedding elopement.
Here’s to merry weddings and laughable moments. And here’s to knowing that plans never go exactly as planned, so just roll with it. Many congratulations to Allie and Stephen! 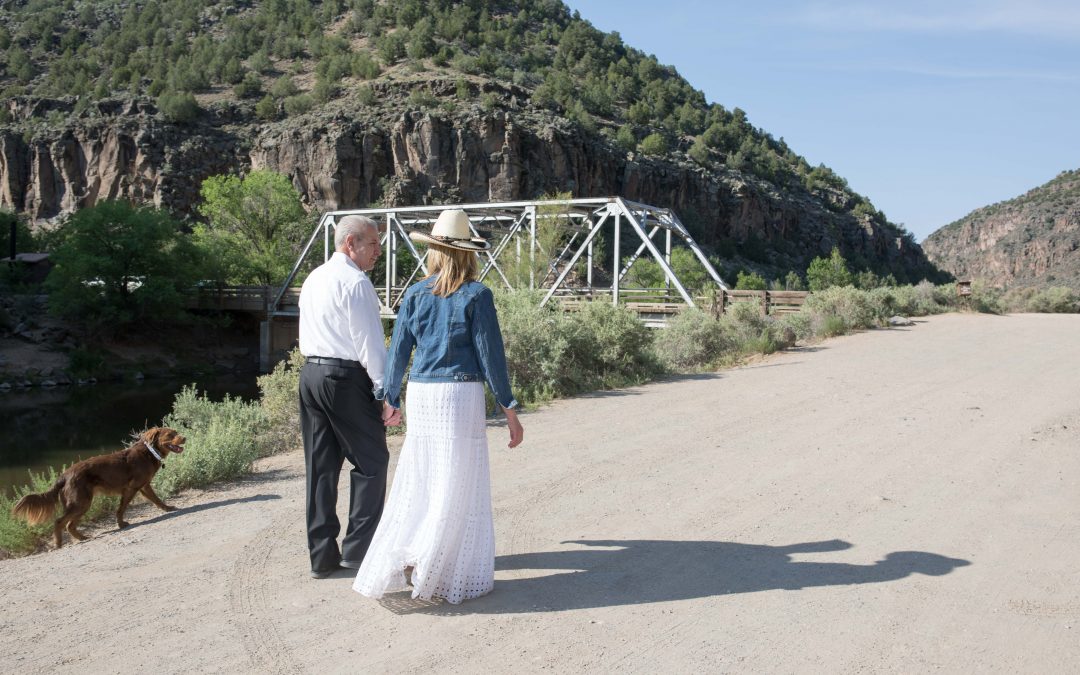 For their 20 year celebration, Cyndi and Jorge renewed their wedding vows on the banks of the Rio Grande in Arroyo Hondo, northern New Mexico. The historic John Dunn Bridge is a beautiful background as it proudly sits over the Big River. This bridge was built in the 1930’s and was the only way to travel into Taos County from the western side of the gorge. Cyndi and Jorge brought their best-dog to stand with them and the ceremony was performed by Dan Jones of Embracing Ceremony. This private vow renewal was done early in the morning as this is a popular local swimming hangout in the afternoon. 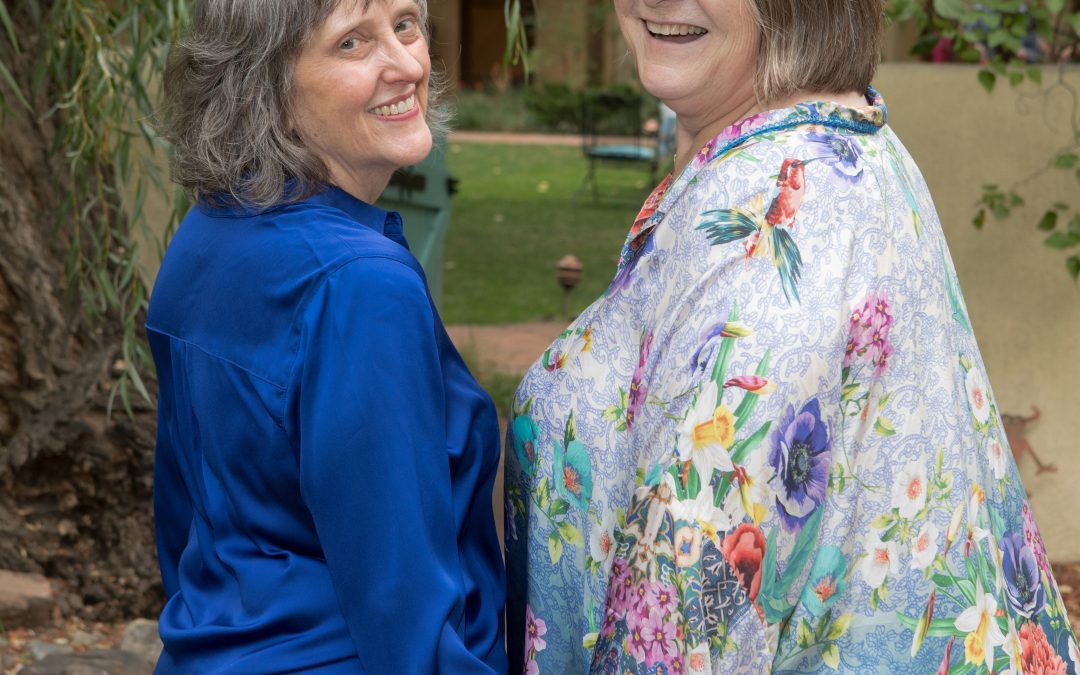 Two Brides Married in May at Hacienda del Sol

These brides came all the way from Portland, Oregon to be married in this magical little mountain town! Both lovers of Taos and the outdoors, the wedding ceremony was under the cottonwoods in the late afternoon. Small and intimate, this wedding was both Christian and Jewish and the Ketubah was signed! The tiny reception was complete with a cake cutting and nearly a cake stabbing! 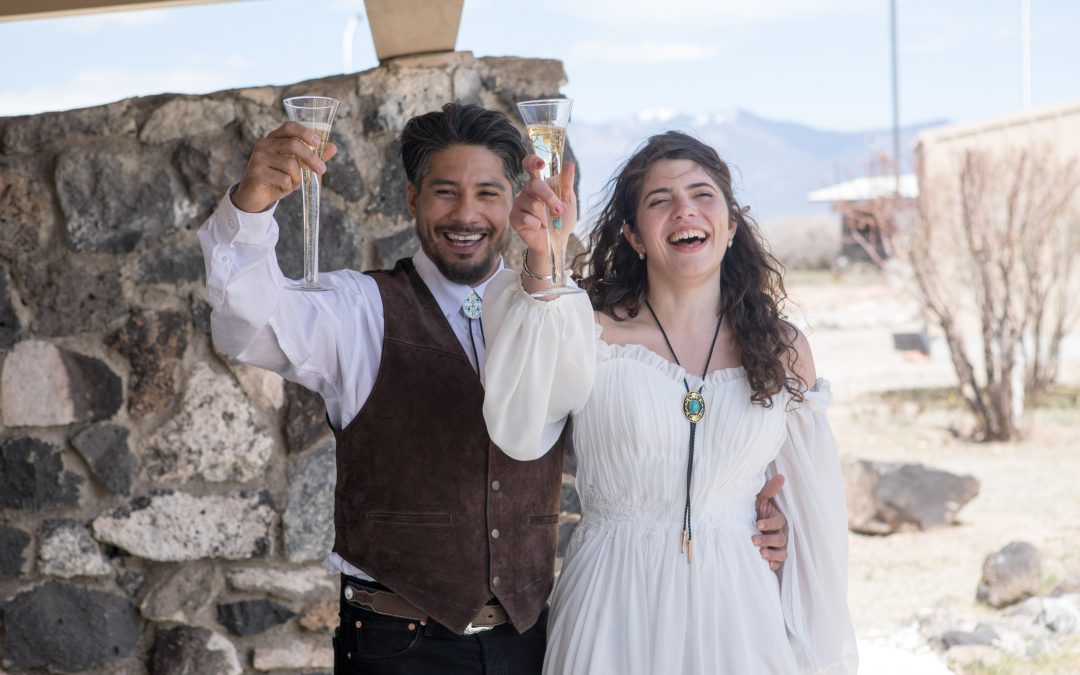 Small and Intimate Wedding on Rim of Rio Grande Gorge

This small wedding group came here from Texas! We took a little walk out to the best spot overlooking the Rio Grande gorge and bridge. The wind made herself known as she whipped around, only to make beautiful formations with Mackenzie’s dress. The paper flower bouquet was made from Harry Potter book pages and names like “Dumbledore” and “Potter” adorned the buds. Steven and Mackenzie were comfy in their “wedding boots” and had a special ceremony with crowns made with leaves. Popular officiant, Dan Jones, wrote a beautiful ceremony and every single guest cried. Congratulations to these Texans on their destination wedding to Taos, NM!